Tomorrow, on December 6, Finland celebrates 100 years as a country.

Tomorrow, on December 6, Finland celebrates 100 years as a country.

I feel incredibly fortunate to have celebrated my country (Canada’s) 150th this year as well as Finland’s 100th. And at the same time, excited. Which, when you sit and think about it, is a bit odd. After all, it’s not like Finland is “my country”.

The celebrations in Helsinki, while big, still fit the mood and the character of the dominant culture of Finland and the history of their independence. 100 years ago, as Russia fell forward into revolution, Finland found itself independent, and shortly thereafter, fell towards its own civil war between Red and White factions. It’s a war commonly called “The Brother’s War” as it split families apart and pit brother against brother. With over 40,000 or more casualties this was definitely a bloody and awful time for all.

The country was unified over decades of social compromises, decades of peoples and political parties coming together in ways I am sure were not easy and followed by the second world war.

The history of the civil war itself still reveals secrets hidden in the past for those families. History has a way of taking into its misty shrouds the stories, the loved ones and the truth. Friends here have mentioned that they have accidentally found caches of arms dating back to that time hidden behind walls in their modern houses. Our view of the past is hardly ever clear, happy or complete.

Fast-forward 100 years and we get to why I feel excited about yet another celebration of a national anniversary not even my own.

National anniversaries are celebrations of human collectivism. Nations are one of the largest expressions we have of individuals coming together for the common good. Alone, we fall to a single gust of wind, surrounded by others, as the old saying goes, we are strong and unbending. While the organization of the nation state has not been without violence, blood, criticism or cause of harm for its citizens, for the most part and certainly in modern democracies, nations take care of their citizens. 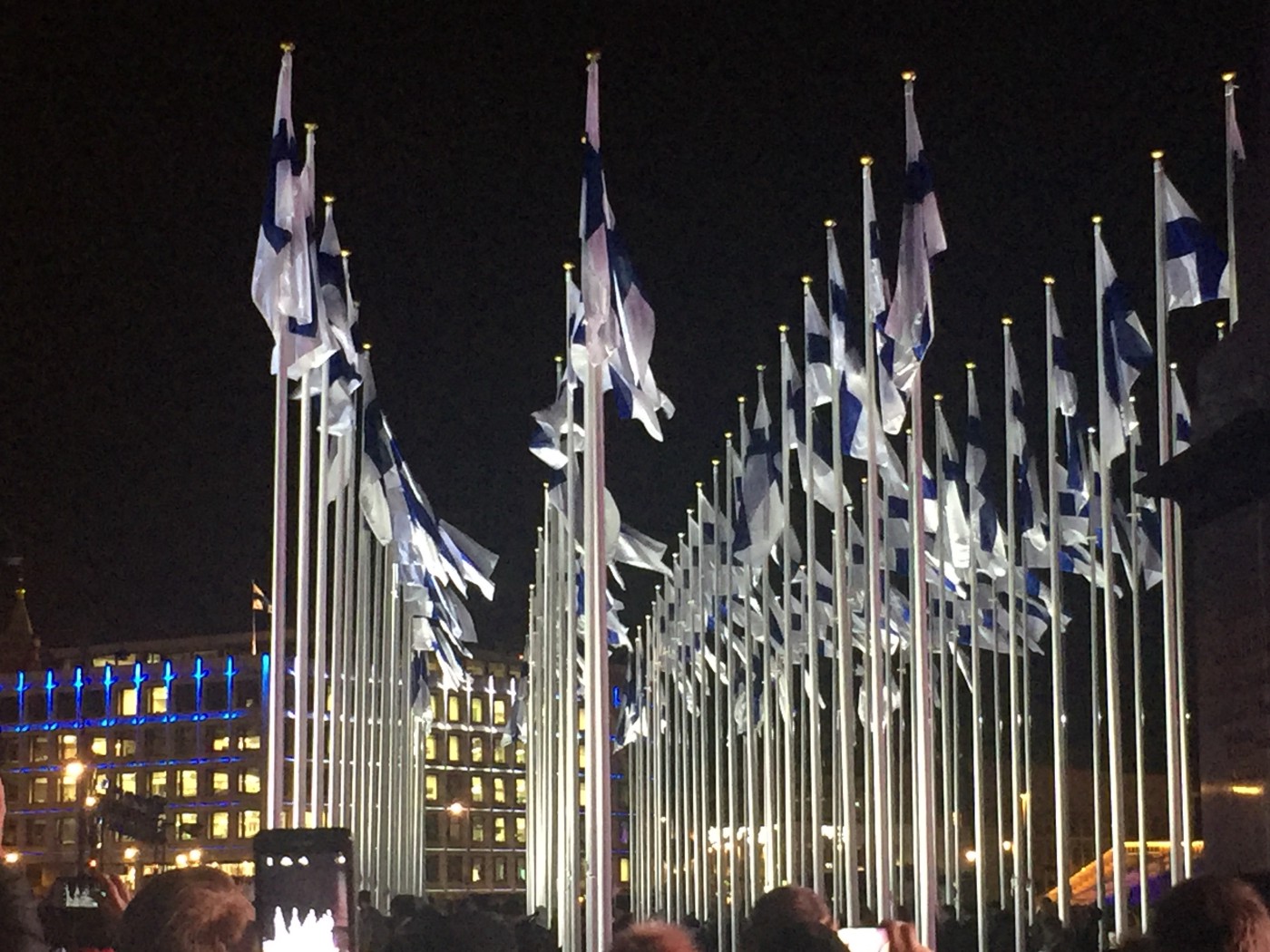 In a short 100 years, or just several generations, modern Finland is vibrant, social, liberal, innovative and peaceful. In a short 100 years from a time of war and divisive displacement, here is a collective group of people I am proud to be working amongst. Like modern Canada, modern Finland has problems, and it is also substantially different from the country of even 50 years ago. If my company is any indication, where employees hail from nine countries, Finland is growing to be a multicultural, multinational country inside of the European Union and hopefully a force for good.

National anniversaries are beautiful times to experience the pride of people to their collective creation. The “nation” is not a divine creation, it is hardly accidental and it is never easy to define. The “nation” is the creation of all of us human builders, schemers, dreamers and leaders. The “nation” is an idea and an ideal and in its celebration of past through joy takes a nation towards its sovereign future. If my last 6 months are any indication Finland and its beautiful people have a wonderful future where their voice will be heard in all our collective visions that define life on this planet.

From war to peace; From Teemu Selänne to Kimi Räikkönen; From Jean Sibelius to Aleksis Kivi; From Eppu Normaali to Antti Tuisku; From Nokia to Supermetrics ;) — Happy Birthday Finland from your (slightly older) Canadian friends.