On the sixth anniversary of our forming the company that brought forth Empire Avenue, you might note that as of this past week, EmpireAvenue.com now transfers to Empire.Kred 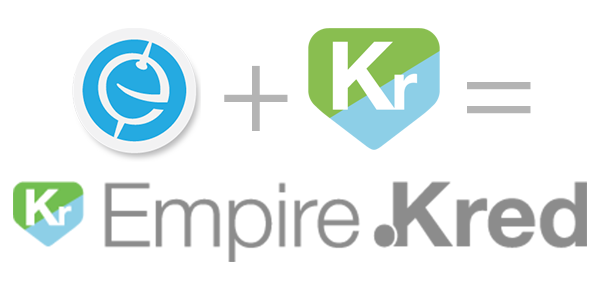 This month marks the six-year anniversary of when two friends (Niall Brown, Mike Mannion) and I started a company called Empire Avenue. In those days we had multiple names for the code base, Project Venice being the most used due to the Merchant of Venice. Very quickly our small threesome filled out with many more wonderful people in no particular order: Craig Miller, Aaron White, Mike Grills, Ric Williams, Brad Grier, Robert Kallir, Niketh Pareek, Todd Derechey, Brent Knowles, Narsimham Chelluri, Dmitri Didorenko, Nour Kawa, Nithum Thain, Ray Lambe, Nicholas Hovencamp and Tom Ohle. We were supported by a whole cast of wonderful investors, a great Board of Directors, our friends and family and of course last, and certainly not least: the community and customers that we built from people around the world.

It’s not exactly been private news, but I wanted to wait on the the visible changes that I knew were coming: On the sixth anniversary of our forming the company that brought forth Empire Avenue, you might note that as of this past week, EmpireAvenue.com now transfers to Empire.Kred. In May of this year EmpireAvenue.com was acquired by PeopleBrowsr, headed by CEO Jodee Rich, to become a part of the dotKred stable of products. And that means you will see more of the product that we created in more places and doing more for more people.

As one of the founders of Empire Avenue, it’s a bitter/sweet moment. On the one hand, this is no longer our product, and our dream is now in the hands of someone else. On the other hand, I couldn’t be happier for Empire to be in the hands of a company that is putting actions to words and taking the best parts of Empire into the future. Even more satisfying is seeing the response Kred and PeopleBrowsr have taken to the incredible and supportive community. They’ve hired Lynn O’Connell straight from the community to be the community champion and that speaks volumes to me about their commitment to Empire.Kred and social communities around Kred.

So before I continue, a toast to Jodee and the fine people of PeopleBrowsr for having acquired a great and expansive community and my sincere wish for Empire.Kred to grow into a gigantic success. As a disclaimer, I and other members of the former Empire Avenue team will continue to consult for Empire.Kred as needed and I am very impressed with the direction that Jodee and his team are taking.

We had some great times at Empire Avenue. We all learned incredible lessons and I’m happy to put those lessons to work in my new ventures. To the Empire Community, a sincere thanks, we had our moments, good and bad, but know that we have worked tirelessly to make sure that you were part of a lasting project. Onwards and ever upwards!