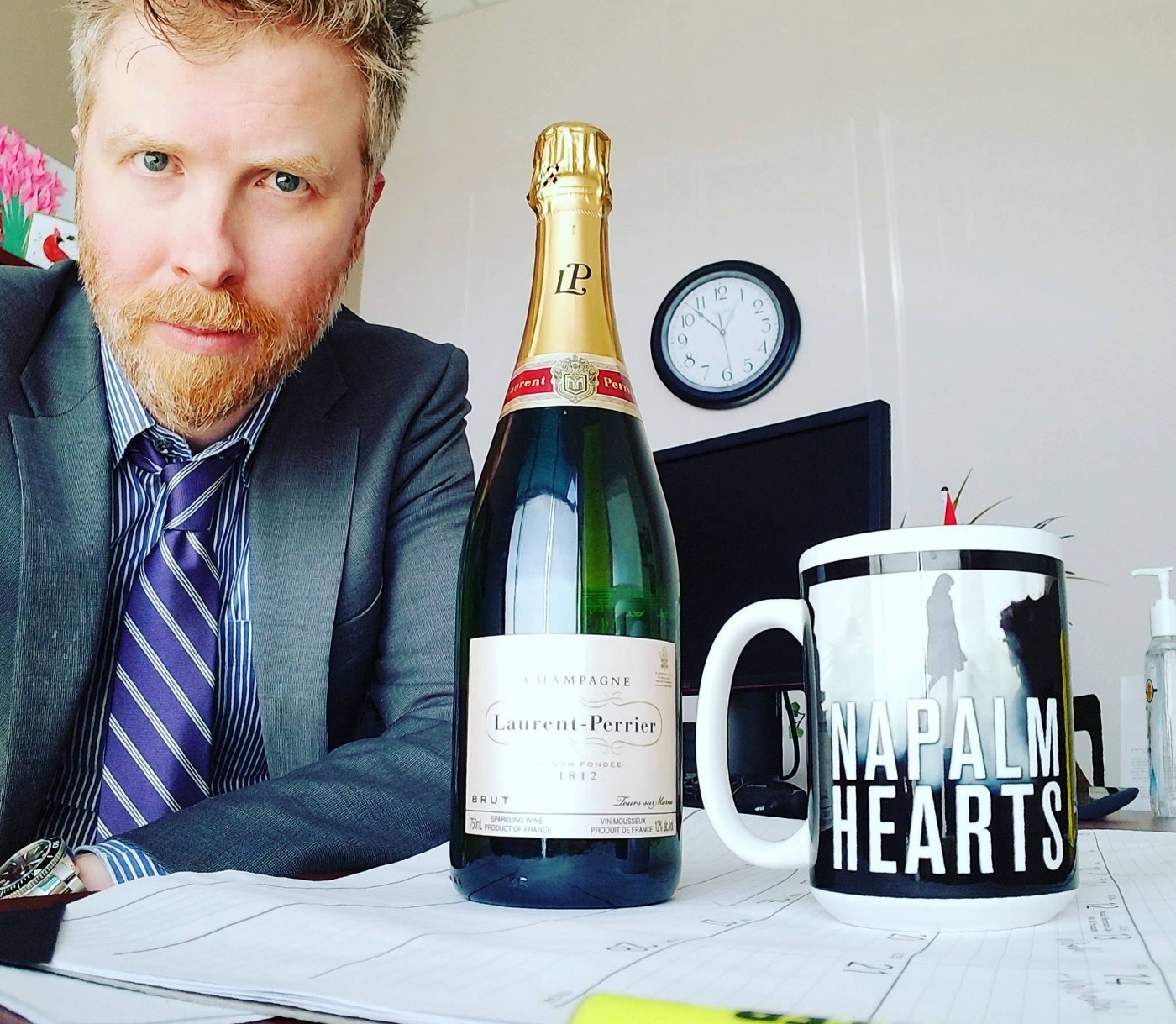 In university I shared editorship of the student newspaper with an enormously talented individual Seamus Heffernan. Fast-forward several decades and Seamus has published his first crime novel titled Napalm Hearts.

Reviewing friends’ books is remarkably difficult. On the one hand, you have so much more insight into the creative person, simply due to the massive amount of time spent with them over the years. On the other hand, there’s always the possibility that that same insight colours one’s judgement in such a way as to cloud the prose negatively. In addition, it is rare that I write book reviews, let alone book reviews for a genre I have very little experience in: the modern crime novel. However, let me try.

In Napalm Hearts, a sobering, recently divorced detective (ahem, “investigator”), Thaddeus Grayle, takes on the case of the missing wife of London socialite and political hopeful Andrew Claymore. Since I want to make sure I don’t give away anything of the story, I want to focus on Seamus’ ability to bring alive a wide cast of characters set in modern-day London. From name to your imagination this cast comes alive with a very simple swishes and flicks of written strokes, a style reminiscent of a gleeful swashbuckler.

There’s Charlie, Thaddeus’ temp and secretary, the photographer and associate Ruddick, the bartenders, the bad dudes, the daughter, the ex-wife, the affair, the clientele. Clocking in at 158 pages, that’s frankly a rather tall order for character exposition. The style is accessible, modern, using conversation as the story telling medium. It is fast, quick, but dangerous if you cannot give each character a voice that resonates in your head as being the individual from which it originates. It’s an ability that I admire in authors like Nick Hornby and it’s an important part of bringing the characters of Napalm Hearts alive; Not to mention some very slick and well-imagined prose to sink your teeth into.

All in all, with a few twists and turns that I didn’t anticipate being taken down, Napalm Hearts is one enjoyable romp around London and British society through the eyes of an American investigator. But as with everything I can’t let Seamus off without some criticism and this one is an odd one. The same style that moves the reader so fast through the plot creates a flow so fast that at times I felt like I’m trying to catch up. I actually wanted more, a slightly less frenetic pace, just a bit more prose and perhaps about 20–40 pages more than the 158 currently there. A weird criticism to be sure to say that I wanted more!

However, a sequel is in place, the characters are set to return and I am sincerely looking forward to where Seamus takes Thaddeus and his motley crew. I would highly encourage anyone to pick up a copy, either digital or paper and have an enjoyable weekend in the shoes of Thaddeus Grayle to find the woman and find the answers.