Wandering around the haunting Chernobyl exclusion zone, Ukraine in 2019 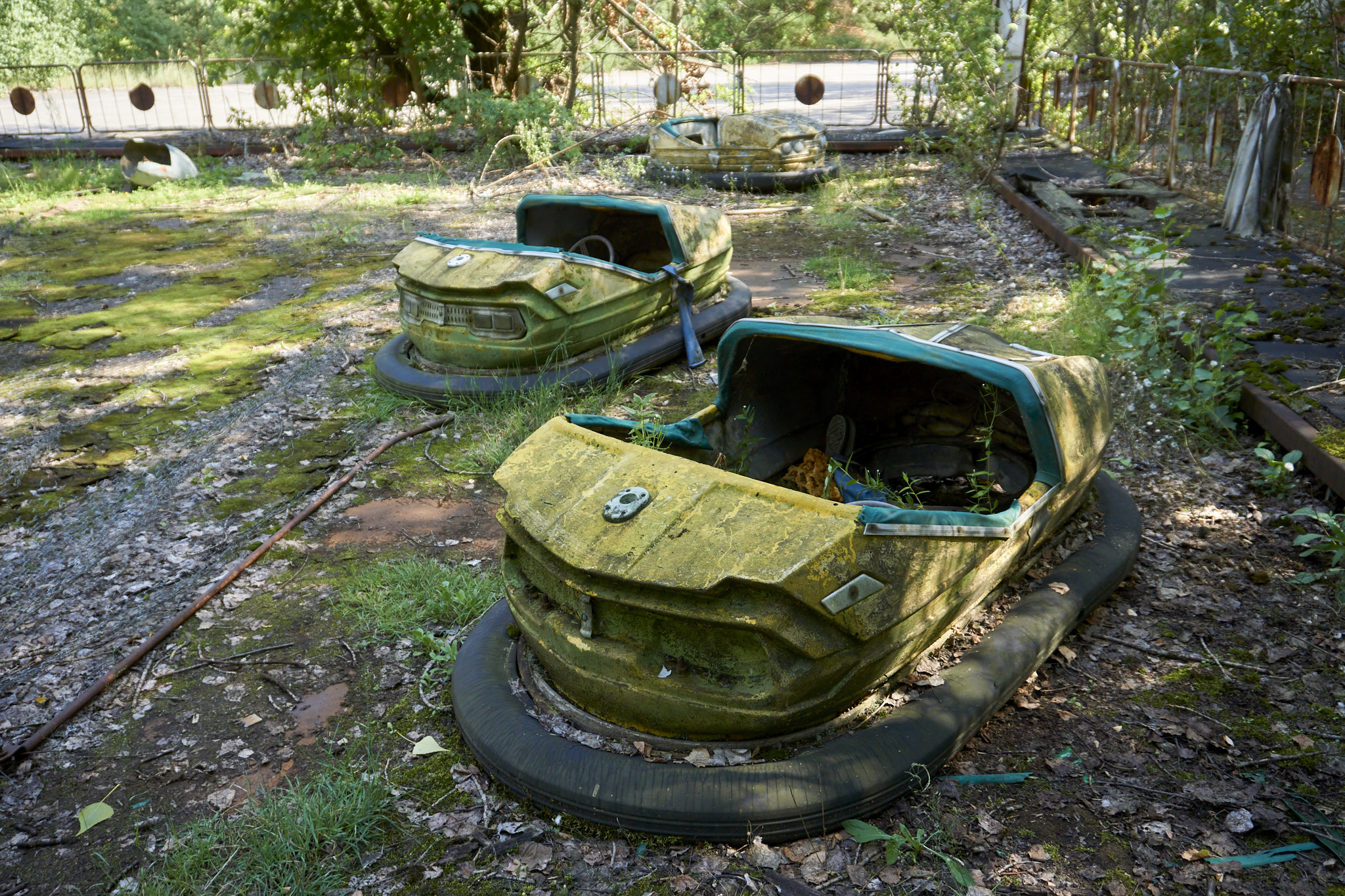 Ukraine has been on my mind if not every day this year then pretty much close on it. I know that, no matter what happens, and no matter how Russia's invasion of Ukraine ends, the Ukraine I visited in 2019 will never exist. However, knowing the many Ukrainians and those of Ukrainian descent that I have had the pleasure to spend time with, Ukraine will rise far greater than the lows to which it has been put.

In 2019, my colleague, Metod, and I decided to fulfil life-long dreams of visiting Chernobyl. For both of us, Chernobyl was in the news during our childhood or as our childhoods progressed. For Metod, from Slovenia, the catastrophe was far far closer to home than for me growing up in Hong Kong. I can't take credit for any of the organising, Metod did it all. He had organised an almost private tour: just Metod, myself, a guide and a driver. Our guide Evgen Goncharenko, "one of the legends of the zone" and founder of the Lost Places Project (warning, not a secure site), had lived or been working at Chernobyl for a couple of decades. I'll always remember him for plucking an apple off a tree in the exclusion zone and biting into it to the amazement of both Metod and I, "Very tasty, as long as you avoid the seeds which have the radiation".

I would never in a million years have imagined that the pictures I have placed here would be of historic record or any significance. With the Russian invasion of the area in early 2022 and then the subsequent expulsion later in 2022, much of what you see here may not at all resemble reality.

Chernobyl is a testament to the carelessness of humanity and certainly that of the Soviet Union, but also to the resilience of mother nature. The town at the centre of Chernobyl, Pryp'yat, was to have been a scientific centrepiece showcasing "the successes" of the Soviet Union. Instead it lies in ruins, forgotten. If anything, the area shows how quickly nature erases our existence. One day if we let the climate completely destroy humanity, a few thousand years on, I am certain nature will recover. As an amateur photographer, Chernobyl is a beautiful and haunting vista of urban decay. Yes, we did have to wear Geiger counters and stay away from some parts.

At the end of a harrowing 2022 for Ukraine, I know my thoughts are with those people that we met in 2019. I can only hope that Ukraine will know peace in 2023, though at the moment it isn't looking likely.

The photos displayed here cover the main town of Pryp'yat, the area around the Chernobyl nuclear plant, abandoned Soviet military and radar bases as well as the villages and farmsteads which were evacuated with a few days notice in 1986.

For those interested please read the Wikipedia article on the Chernobyl disaster.