Niketh Pareek is almost the definition of multi-culturalism. A Canadian of Indian heritage who grew up in Kuwait, lives in Montreal, Quebec and is married to a Canadian of Korean heritage. 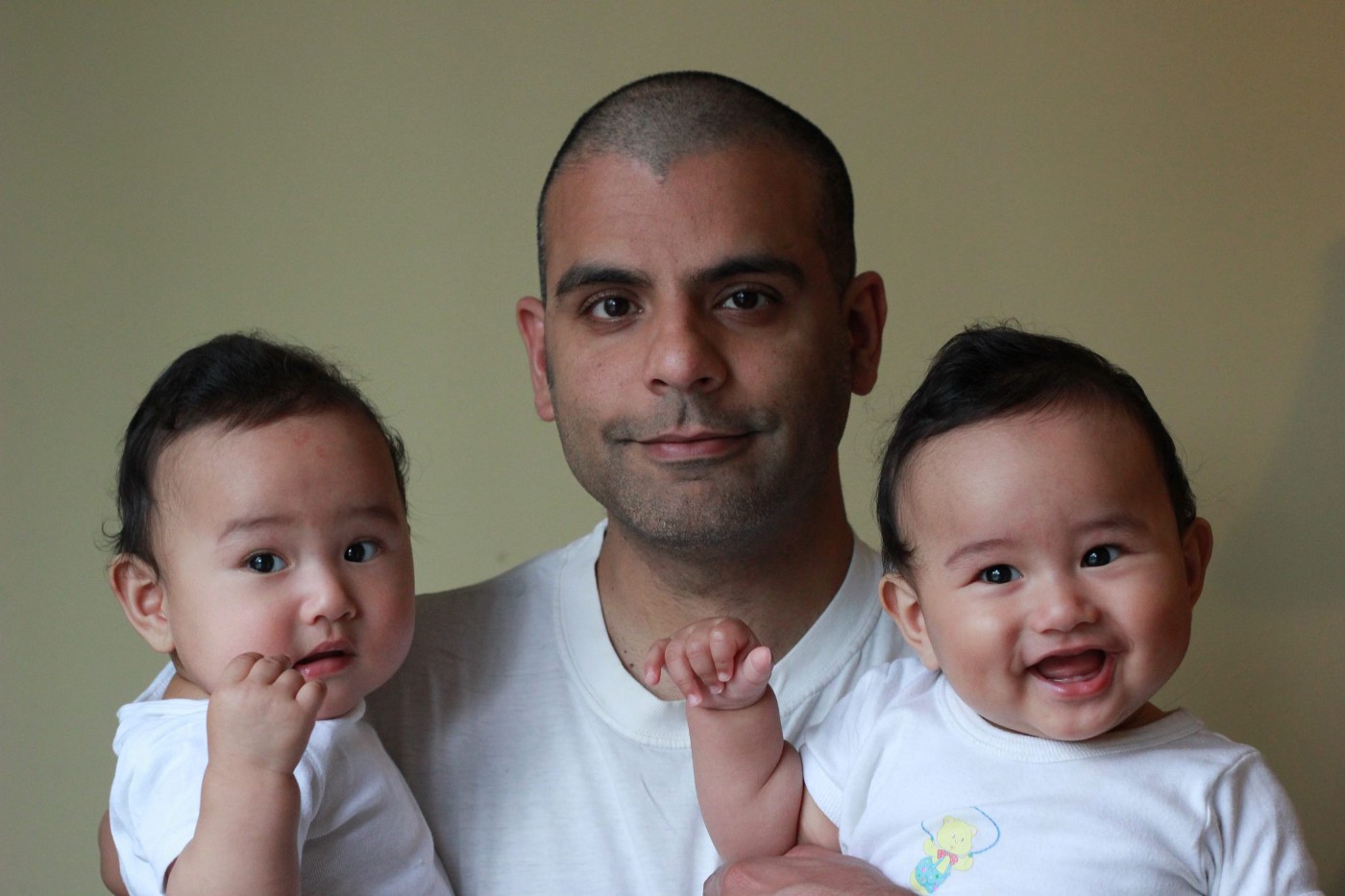 Niketh with the twins :)

Niketh Pareek is almost the definition of multi-culturalism. A Canadian of Indian heritage who grew up in Kuwait, lives in Montreal, Quebec and is married to a Canadian of Korean heritage. I’ve known Niketh for the better part of a decade and am always impressed with his outlook on life, society and never-say-die attitude towards changing the world.

Born in Edmonton, raised in Kuwait, and moved back to my homeland in 1996. My life in Canada has mostly been in Montreal, Quebec, with some time spent in Toronto and Ottawa, Ontario. I’m married to Sarom, we have two lovely and rambunctious twin boys. And I am an entrepreneur trying to break into the health care space.

That’s a very difficult question because depending on where I am, being Canadian means very different things to me. Even as a small child, I was very proud to be a Canadian citizen. Being in Kuwait, I was one of only a handful of children in my school who were Canadian — and none of us were white. But to the Kuwaitis, this was obviously a “parlour trick”. Canada is a western country, and therefore a “white” country. Being brown, and holding a passport from Canada did not mean that I was “really” from there. My parents were Indian, and thus, so was I.

Trying to explain that Canada is not a ‘white’ country but one that is diverse, multicultural, etc., was a non starter. I may as well have said something nonsensical like I had green hair. Later in life, I started to tell people that my father was Canadian (which was true, he did have Canadian citizenship), and my mother was Indian. Somehow this hybridization passed the sniff test, and my claims of being a Canadian were valid.

So being Canadian when I was growing up was something like being beyond tribalism. Old World conflicts and tribalism doesn’t exist in Canada because most of the country consists of 1st and 2nd generation immigrants. But it was largely a theoretical concept, seeing I never really lived here. Does the myth actually stand up to evidence?

After 20 years, I would have to say mostly yes. There are problems in this country, which I’ve further explained in your questions. But the core premise of being Canadian is to accept and in fact embrace diversity. In Quebec, we’re still a little behind the rest of the country, but when I interact with people my age or younger, I can see that the xenophobia that stains their parent’s and grandparent’s impressions of minorities is largely non-existent.

When I walk the streets of its cities, the sheer diversity of faces, voices, and accents gives me the warm fuzzies. I have nothing in common with these individuals save for a passport, and yet, we all respect each other’s right to be there. That’s really amazing. You don’t have to be a Jean-Guy or a Joe Canada to be considered an equal citizen. I also love the fact that Canada is just so damn safe.

Another thing I appreciate is how small this country really is. You are Sri Lankan, raised in HK, educated in Newfoundland. Your wife grew up in the Yukon and went to school with a girl who went on Rotary exchange in France and befriended a girl who became my future wife.

Where do I start? We accept mediocrity. Something I’m guilty of as well. I also can’t stand the fact that the Parti Quebecois continues to drone on and on about an issue (separation) that should’ve been buried in the past. But that’s another story.

The multicultural experiment that is happening in Canada is what other countries should aspire to become, and yet, we are failing to convince them that our model is working. I guess because we’re too small economically, and stuck in a corner of the globe (geographically impossible i know), and therefore it’s just easy to ignore all the great things that are happening in this country. But try we must. And I feel that message just isn’t getting out.

I also believe Canadians are a little too smug about race relations — just because we have embraced multiculturalism officially, it doesn’t mean there isn’t racism. I do appreciate the efforts that have started to confront deep-rooted racism towards minorities and indigenous peoples, but I fear that as we go through this exercise, the majority isn’t going to like shining a light in their own dark corners.

During the Dark Ages (aka Harper years), I was appalled that our governing party would govern only in the interests of their constituents despite winning 30–40% of the popular vote. It was cynical and now that they’re desperate to regain mind-share, some of its leaders are resorting to stoking race and gender tensions. It is very disturbing, and I’m quite alarmed by the hyper-partisan tactics that some Tories are using.

I haven’t even thought about 25 years in the future. It’s a bit of a weird time for me right now. I’m on a more of a day to day schedule. But to give you an answer, in 25 years, I’ll be 60+. So I hope I’ll be enjoying a pina colada and an early retirement. I hope my children and Sarom will be there with me as well.