Keli: My Canada is not unilingual

Keli Ryan living abroad from Canada and a world-traveller who has been part of many of my own adventures in Asia, Europe and Africa.

I’ve known Keli Ryan for the better part of my time here in Canada but I really got to know her well when eight of us decided to travel in Tanzania together. Since then, she’s been part of many of my adventures great and small, here in Canada as well as Asia and Europe. 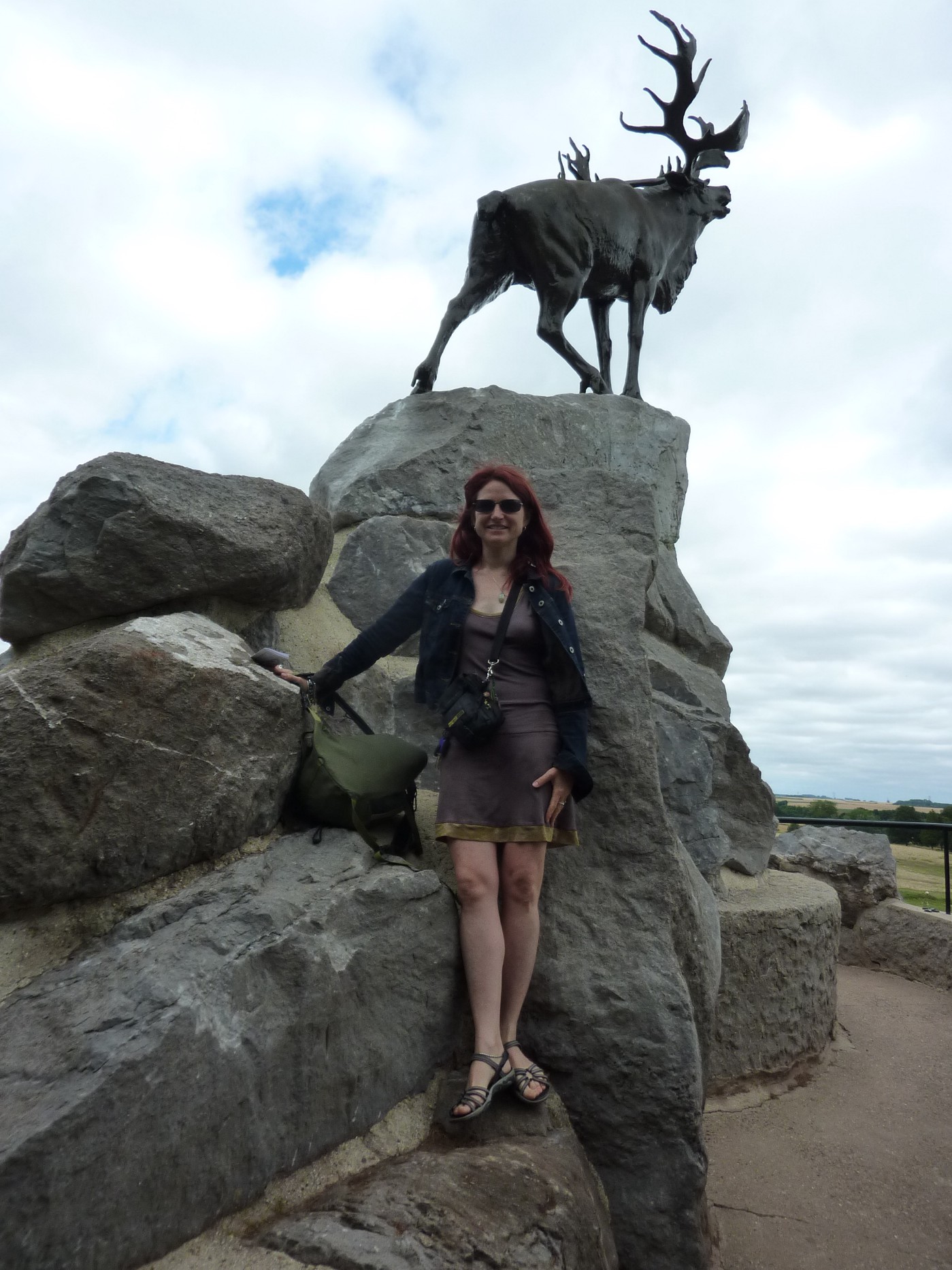 Photo: Keli at Beaumont Hamel, France for the 100th anniversary of the battle that decimated the Newfoundland Regiment in World War 1 (July 1, 2016)

Well, I grew up in Ferryland, Newfoundland, a small fishing village up the Southern Shore, on the edge of the Atlantic. I spent most of my childhood in trees, on the beach wading in the waves, climbing rocks, building cabins, … I was put out with the cats and dog in the morning and allowed back in for meals, and I’m very grateful to have had that chance.

I went to school in Ferryland, had excellent teachers and got a solid education, which has become one of the determining values in my life.

I graduated from Memorial University of Newfoundland and studied French and Spanish, which has opened many doors for me, and went to study in Spain, France, Ottawa, and back to France.

I haven’t lived in Canada since 2003, though that doesn’t make me less of a Canadian, nor certainly, not less of a Newfoundlander. I’ve got salt water in my veins, after all.

I play a bit of guitar and accordion, do Irish set dancing (among others). I love to read, to travel and like to climb high things with like-minded friends.

First of all, for me, being Canadian means being bilingual. But ‘bilingual’ doesn’t necessarily mean being fluent in both languages. It means being open to ‘the other’ language, making an effort to learn it and communicate in it and to recognise it as important, as it is one of the founding fibres of our country.

It means being tolerant, open, welcoming and curious about the people from the hundreds of other cultures and languages that make up our country. It means positively accepting differences and embracing them as strengths.

Nature makes me happy, and Canada is a country of nature and the great-outdoors. Not the only country of nature and outdoor people, mind you, but it is definitely part of all of our lives. We live in a somewhat harsh climate (depending on what part of the country you’re from), and that makes us stronger. That also makes us want to enjoy the elements around us, rather than just suffer through them.

The other thing that makes me happy about Canada is that Canadians are generally known to be friendly people. That’s an international stereotype, but I think there’s truth in it, and I’m proud of that.

I feel happiest in Ferryland, Newfoundland, on the rocks down behind the lighthouse, a few feet from the Atlantic Ocean, with the cry of the seagulls flying overhead, maybe a whale or two breaching, the sound of the waves rolling and the salt sea air on my face.

One of the things that frustrates me is that it seems to be difficult to define what a Canadian identity or culture is. For years, we have defined ourselves as ‘not American’, or even, ‘not British’, but that isn’t enough. What is it that makes us unique, different from our neighbours? Maybe our core values could give us some material for a definition.

We are a federation with 10 provinces and three territories and we like to talk about what makes us different from each other. Yes, there are differences, but it would be equally useful and interesting to find what’s similar, what unites us, what makes us, as a whole, from ocean to ocean, who we are. 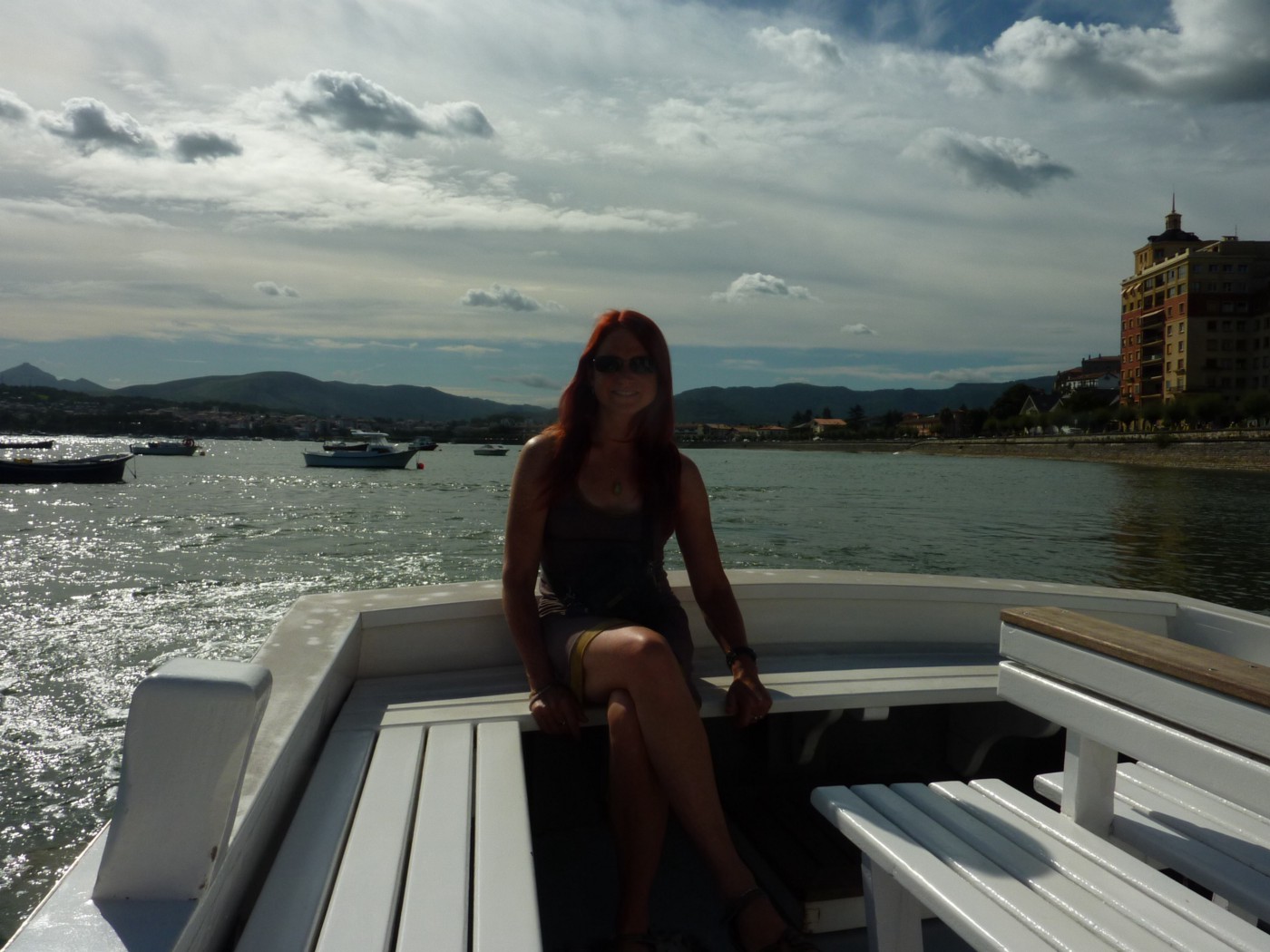 I think we’re once again headed in the right direction, thanks to recent political changes. I’d like to see the First Nations on an equal footing with the rest of Canadians and have people from First Nations communities, regardless of where they are in the country, be able to live with dignity and prosperity.

I’d like to see Canada take a world role on defending the environment and slowing down global warming. That may mean slowing down development of one of Canada’s main economic sectors, the oil industry. However if extraction of oil means destroying nature, sequestering people’s lands, causing our ‘True North strong and free’ to melt and jeopardising the future for generations to come, it’s not a viable choice.

I’d like to see a Canada where we no longer have to fight for minority linguistic rights. Where it’s no longer necessary to have an Official Languages Commissioner to ensure that people can obtain federal government services in their language of choice. We’re the second-largest country on Earth, populated by 68% unilingual Anglophones, next to a large, officially unilingual Anglophone neighbour, so generally we live in a sea of English. However once you head across the pond, you realise that learning another language isn’t just an obligation at school, it’s an asset. It’s not only interesting, but necessary to function in the multilingual, multicultural world in which we live. No, there is no one language that can become the ‘lingua franca’ for all populations, nor for all Canadians. Yes, speaking another language is essential. Yes, learning Canada’s other official langue is important. Yes, being able to live and work in either official language should be accessible to all Canadians.

Be proud and grateful for where you live and what you have. Having lived in several countries and cultures for a number of years, I know that Canada and Canadians are highly regarded on a world scale. When I say I’m from Canada, people ask me why I left. Why would anyone leave nature’s playground to settle in a crowded European city? Why indeed?

Canada is made up of people from all sorts of different backgrounds and cultures. Find out something about them. Yes, differences are interesting, but you’d be surprised how very much the same we all are. If you look, you’re sure to see echoes of your traditions in those of your neighbour.

Canada has an amazing quality of life, Canadians born there today should know that. It’s not the only country to lay claim to that statement, so don’t get too cocky… but being Canadian and growing up in Canada is a privilege.