Joe: Canada — My Home Away from Home

Joseph Teo is one of the co-founders of HeyOrca. HeyOrca is a successful software startup out of my alma mater that I am happy to help by advising Joe. 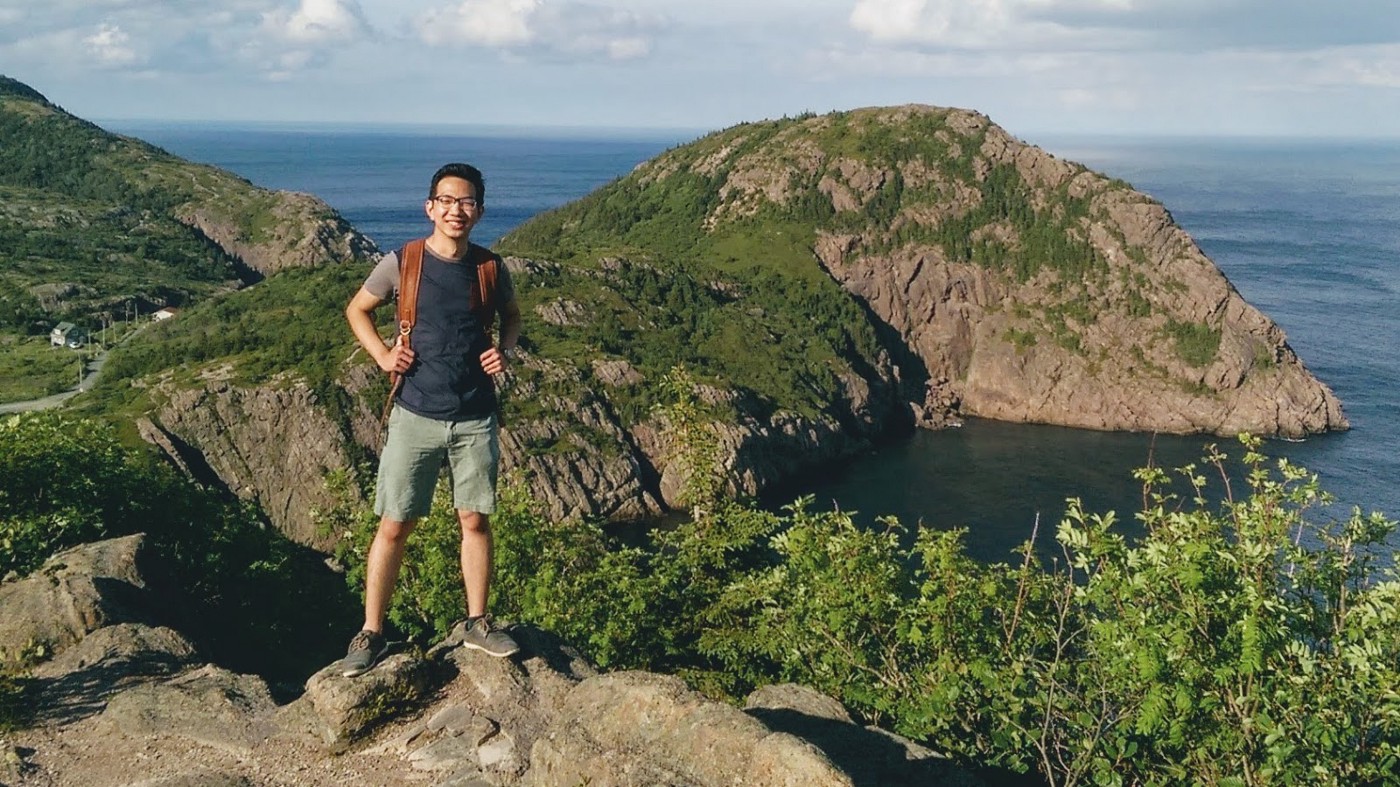 Joseph Teo is one of the co-founders of HeyOrca along with Sahand Seifi, who we featured earlier in the series. Joe has impressed me from the moment I met the Joe and Sahand in Kingston, Ontario on a break from Memorial University. Just a few days ago, HeyOrca announced their new financing round of $2 million, one of the largest recent software venture capital rounds in St. John’s, Newfoundland. My Canada and my Newfoundland are much better places with Joe and Sahand, but I’ll let Joe tell you more himself.

Q. Tell me a bit about yourself and your life in Canada?

Hi, I’m Joe from Malaysia and am one of the co-founders of HeyOrca — a tech startup based in St. John’s, Newfoundland. For the past 7 years, I’ve made Canada my home. I’d always grown up hearing a lot about Canada from both my Canadian-educated parents. So while most of my friends went to the United Kingdom or Australia to further their studies, I chose the road less travelled and opted to head to the Great White North. Little did I know, this would be a start of an exciting new chapter of my life.

Canada has played a vital role in my formative years as a young adult. From finding my passion for technology through internships with Canadian companies, to learning what societal values are important in building a nation. I’ve often said that Canada has provided me with more opportunities in the past 7 years than any country ever did.

For that, I will be forever grateful to Canada.

Q. When you think about Canadian what does it mean to you?

Aside from the usual ice hockey and maple syrup references, to me, Canada means diversity and opportunities. While most countries are still navigating the waters of immigration and multiculturalism, Canada has chosen to ride that wave and make diversity central to the Canadian identity. I’ve seen first-hand how inclusive Canadians are, how they would go out of their way to make people from all around the world feel welcomed here. This is a land where people fleeing violence can find refuge, where people who are looking for a better life can find opportunities, where being Canadian is not defined by where you’re from but by the common values that Canadians hold true. 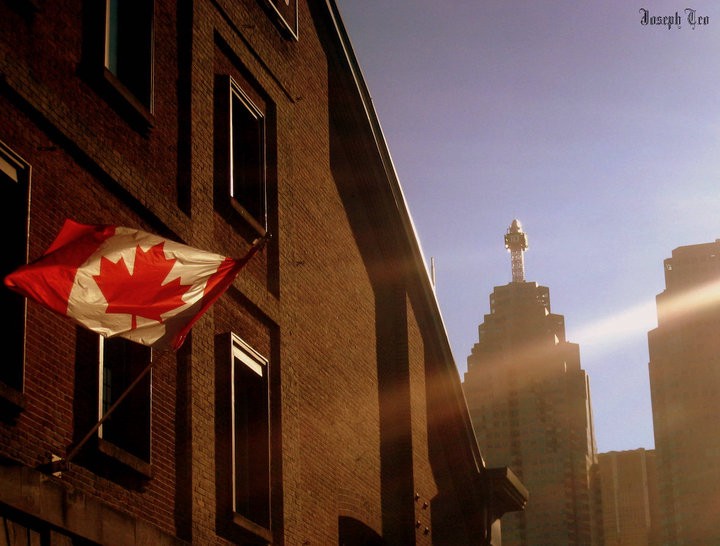 When I first arrived in Canada, three words stood out — “Strength in Diversity” — which I think perfectly sums up the ethos of the Canadian people. Canada showed me how beautiful diversity of culture and opinions can be in a society.

Canada also means opportunities. I truly believe that in Canada, if you are willing to put in the hard work and seize opportunities that come your way, you will go far in life. Unlike many countries, where there’s an “Invisible Ceiling” on every facet of life, in Canada, nothing is impossible if you set your heart to it. I feel incredibly blessed to be given opportunities that I would have never gotten in my home country, opportunities that have shaped me as a young person and allowed me to become the person that I am today. From getting my first internship to starting a tech company, I’ve never once felt that I was at a disadvantage for not being Canadian. I think this is something really special because this is not true for most countries.

Q. What makes you happy about Canada? Where do you feel happiest in Canada?

Canada’s willingness to make a stand for what is right and calling out evil for what it is, is what makes me happy about Canada. We have to look no further than Canada’s response to the Syrian refugee crisis and towards policies enacted by the President down south. While countries in Europe and around the world were calling for tighter borders against refugees in need, Canadians by the thousands opened up their homes and provided refuge to those fleeing persecution. While the US imposed an arbitrary travel ban on certain countries, Canadians were quick to denounce this act, with Prime Minister Trudeau reiterating his support that Canada will never turn Her back on those in need. More recently, following the Quebec mosque shooting, the entire nation came together to show solidarity for the Muslim community — that the Canada that we know is not one governed by hate or violence but rather one that overflows with love and kindness.

This may sound cliche but I feel the happiest when I am with my friends and loved ones here in St. John’s. I believe that it is the people that makes the place that you live in truly special. While St. John’s is a relatively small city, it is my happy place and I love it here. 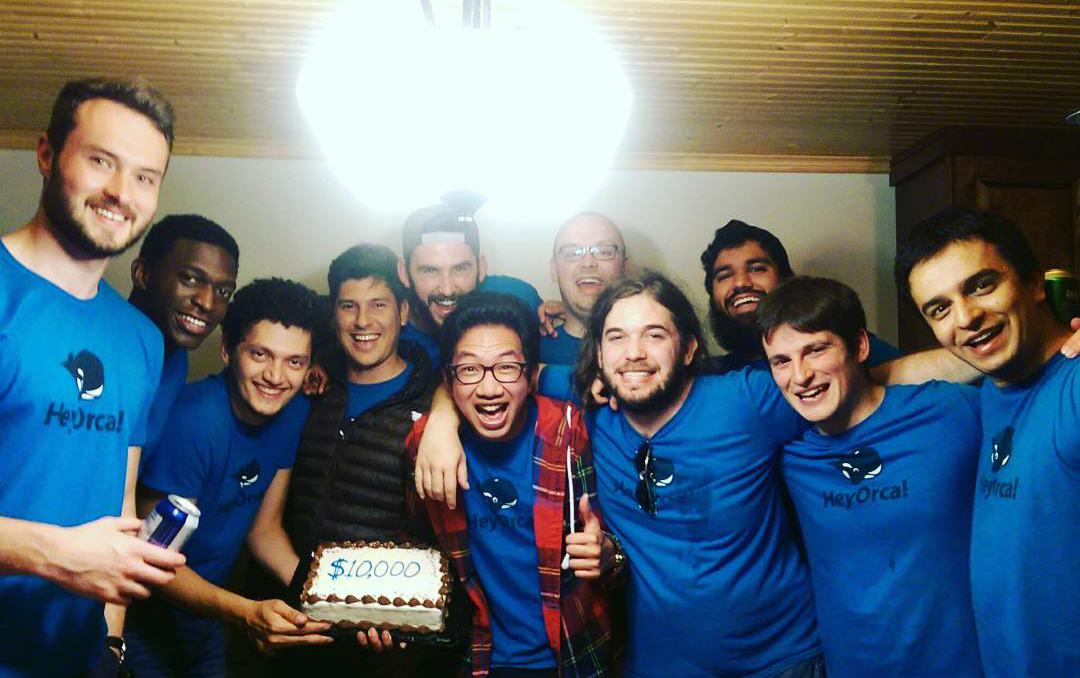 One thing that frustrates me about Canada is when I see Canadians taking their freedom and opportunities for granted. If I could tell them one thing, it’s how incredibly blessed they are to grow up in this country — how life as they know it is not the norm in most parts of the world. That for most people, basic human rights is something that they need to fight for every single day, where they are trapped in a cycle of poverty due to corrupt governments.

So, when I see Canadians not making an effort to pursue opportunities in their lives, I think of how many people around the world who would risk everything to have a shot at a better life in Canada. If you’re Canadian and you see an opportunity that speaks to you, then follow your passion. In the end, we only regret the chances that we don’t take.

Q. Where would you like Canada to in 25 years when we celebrate 175?

In 25 years, I would like Canada to continue to be the beacon of the free world. A safe haven where people can find refuge and strive for a better life. Where what is important to Canadians is not just economic growth but also the betterment of humanity. To not lose Her identity on what makes Canada great, where strength can still be found in diversity. A country that makes the world suck less.

You are truly blessed to be born in an awesome country that respects human lives, a country where diversity is seen as an asset and not a liability. A country that provides you with ample opportunities as long as you are willing to work hard. Seize every opportunity and make the world better by not giving in to fear and live a life marked by kindness and compassion.

Know how blessed you are to be Canadian🍁.