Part 2 of “This is my Canada” Project: Whenever I think of Genevieve I think of travelling with her far into the north of Quebec to see where the road ended at James Bay; or the smile on her face when I ran into her in the Rockies; or the sheer (maybe mischievous) joy of forcing her friends and her father traipse 30 fall-leaf-filled kilometres to “celebrate” his birthday near Quebec City. This is definitely her Canada. 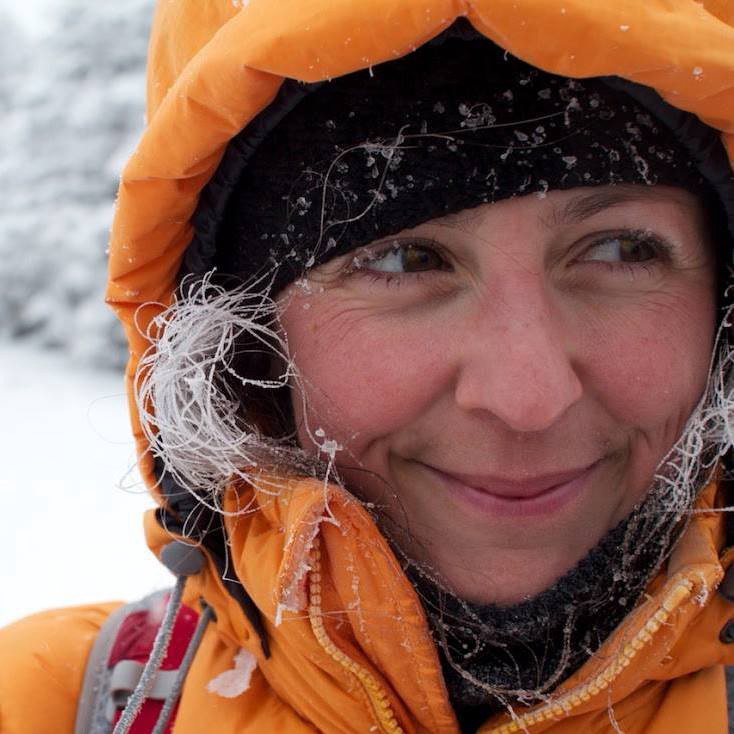 I was born in Quebec and lived most of my youth in a French speaking bubble until I moved to Montreal to study at an anglophone university. I was a “pure laine” but I wanted to learn English.

When I moved to Montreal I became a true Canadian. I started meeting people from the “ROC” (Rest Of Canada) and they were awesome. I felt so deeply in love with the ROC peeps that I mostly became an anglophone: I even wrote on that year’s census, that the language most spoken at home was English — and it was true! Then, I moved to Alberta. I guess that’s when I became at ease with living with both cultures.

I feel the happiest in Canada in its wilderness. I love the Rockies, Kananaskis and their mountains and fluffy snow. I love the Laurentians and Lanaudière with their dense forest and biodiversity. Oh, Kamouraska! Oh, Charlevoix! and their foods. I love Lake Superior and its barely-tamed outbacks. I love the sourthern-most area of Saskatchewan, the colours, the wind, the birds. I found much needed comfort in the Okanagan valley.

Paradoxically, what attracts me most about Canada, is what makes me more annoyed: the distance. I just wish I could do weekend road trips and see the rest of Canada on a regular basis. I want to see the North!

I guess my love of Canada is a bit romantic and stuck in nostalgia. I don’t want it to change too much. I guess, if I really think about it, and given the state of the world right now, I wish that in 25 years, I’ll see more immigrants and happy Canadians welcoming these people. I hope we can show the world how this can be done and well!

I once read a book where the author said that to be Japanese, one had to climb Mount Fuji. It strikes me then that to be a Canadian, one has to drive across the country. Bonus points if it’s in a pick-up truck.