From Dublin, Ireland to Kingston, Ontario, Ed McNally is another recent Canadian. What fascinates me about people who move to new countries as immigrants is how they get involved in their new culture and community. Ed is no exception. He is heavily involved in the culture and fabric of Kingston, from cycling and running clubs to having the undisputed pulse on the dog walking rules of the City of Kingston, not only am I proud to call him a friend, but also so happy to have him as one of my Canadians. 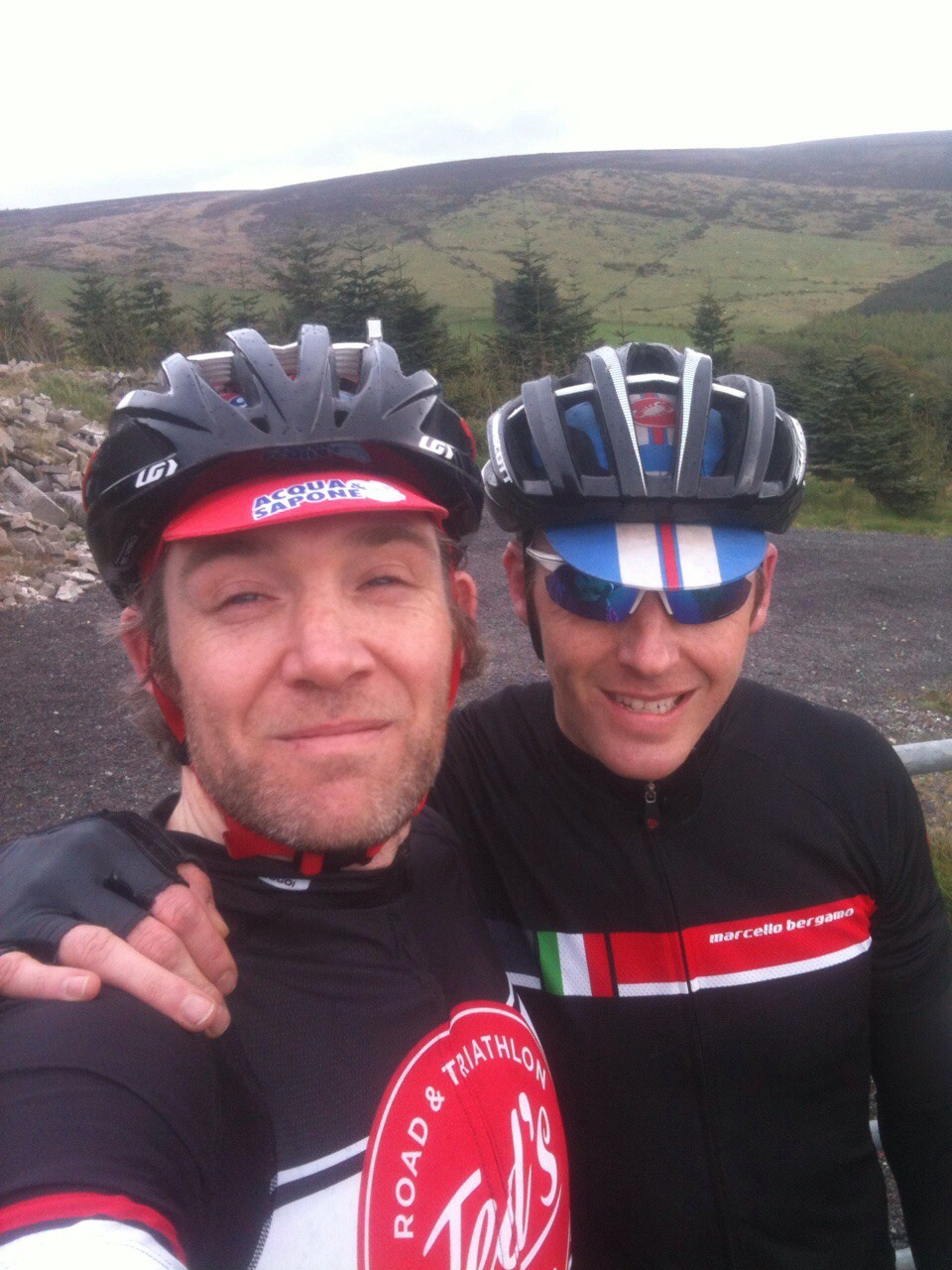 Hey, I’m Ed. Originally from Dublin, Ireland, but living in Kingston, Ontario, for the past five and a half years. Moved here after I met my lovely wife, Shalini, while she was studying in Dublin. Life in Canada to date has been great. I became a Canadian citizen on St Patrick’s Day 2016. An Irishman swearing an oath of allegiance to the Queen of England on his national holiday was a source of much amusement for my friends back home. When I’m not in work or walking the dog, I’m usually out riding my bike on the quiet back-roads around Kingston. I managed to cover over 12000km in 2016 on my two-wheeled steed.

It means I’m lucky enough to live in one of the most progressive, cosmopolitan countries in the world. I grew up in a country where abortion is still illegal and divorce only became possible in 1996, so I never take for granted the freedoms that we enjoy in Canada.

Tolerance. I spent over a year living in the US on and off when I was younger. It’s a completely different vibe there. There’s a palpable tension in the air that I have never felt in my five and half years in Canada. Canadians, by and large, have a fantastic sense of respect for each other.

Hard to say where I feel happiest in Canada. Wandering along trails at Little Cataraqui Creek with Shalini and our 120lb chocolate lab, Ryder. Enjoying a few beers with friends on a patio on a warm summer’s evening. Riding my bike anywhere other than my basement (see below for more details). Swimming at the pier in Kingston. I could go on.

The winter. Controversial, I know. I don’t do any winter sports, so I spend a lot of time during the colder months in my basement riding my bike on a stationary trainer, counting down the days until I can get back out on the open road.

On a serious note, the current Wynne government in Ontario frustrates me enormously. It is so out of touch with the average citizen. Just look at the controversy surrounding the recent escalation in hydro prices. It is unacceptable in one of most developed economies in the world that some people have to choose between paying for food and heating. Kathleen Wynne has no idea about the daily stresses in Ontarians’ lives and it’s no wonder her personal popularity has dropped to under 20 per cent.

Geographically, if the technology exists to move the entire country to the same latitude as Florida, that would be fine by me. C’mon Elon Musk, this type of thing is right up your street.

On a more realistic level, I hope Canada continues to open it doors to immigrants, especially those from war torn parts of the globe. It has been really heartwarming to see how Canadians have welcomed the current influx of Syrian refugees. Multiculturalism enriches societies. I should know, I’m an Irishman living in Canada and married to an Indo-Canadian.

Don’t take it for granted. Canada is a great country. And it’s your job to keep it that way. Oh, and if someone like Donald Trump ever runs for Prime Minister, it’s imperative that you vote for the other guy. That’s an order.